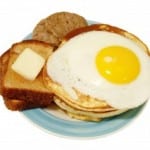 I moderated last week’s meetup of Bootstrappers’ Breakfast at Boudin Bakery in Embarcadero 4, and once again we had a great meeting.  Attendees brought a very diverse background.  Software developers, social media gurus, marketing and business consultants, and lawyers all came armed with unique perspectives as attendees took turns introducing themselves, their businesses, and their bootstrapping issues.

The sales and marketing themes were prevalent this week.  One entrepreneur had extensive experience selling software into businesses, but he thought his new venture would require selling directly to consumers, an activity he found a bit intimidating.  After hearing about his software offering, many around the table thought partnering up with other, complimentary businesses that already had an existing customer base was a viable marketing and distribution channel.  Much to this entrepreneur’s relief, his experience selling into businesses might still be of use.

Another entrepreneur had a product offering with a marketing play that sent all profits to micro-financing organizations around the world.  The entrepreneur had a large database of buyers’ names and contact information within his targeted businesses.  The marketing wonks around the table began developing all sorts of marketing campaigns around the product and the micro-financing angle, offering ways to simplify the message so that partnering businesses and the end consumer would not be confused and would ‘get it.’  In this particular case, the entrepreneur was wondering how to automate the sales process.  He had his product, he knew the names of the potential buyers, and he knew their contact information.  He was worried he might have to pick up the phone and call each person directly.  After a few minutes of discussion, the group came to the conclusion that, while there are ways to automate your sales message (e.g., email marketing campaigns), there really is no substitute for the tried and true technique of picking up the phone and calling.

Another lesson shared by one of the attendees: Complex financial structures at an early stage have a tendency to scare away future sources of capital.  This particular attendee was considering joining a company that was having a hard time raising money because its early money raising efforts were non-conventional.  When you’re looking for help from friends and family, keep it simple!

An interesting moment in the meeting occurred when a successful serial entrepreneur explained his latest idea.  He had gone the VC route before and was really turned off by the experience due to how much control and ownership he and the other founders lost.  Another attendee asked him about his exit strategy.  This entrepreneur’s response, “I am not concerned about an exit strategy.  I am more concerned about building a successful business, and then opportunities open up.”  A refreshing perspective in our IPO/M&A obsessed environment!

One last gem of wisdom from the group came out when an attendee was explaining his idea for a social media play for musicians.  The idea seemed very broad and there were several musicians in the group who began discussing the various challenges of implementing the idea.  The group recommended user testing and someone pointed out that user testing a broad idea may lead to an actual, discreet problem that no one has ever considered; your very broad problem that is hard to execute upon and solve becomes a definable problem that is easier to focus upon and build a business around.

I hope to see you at our next meetup!